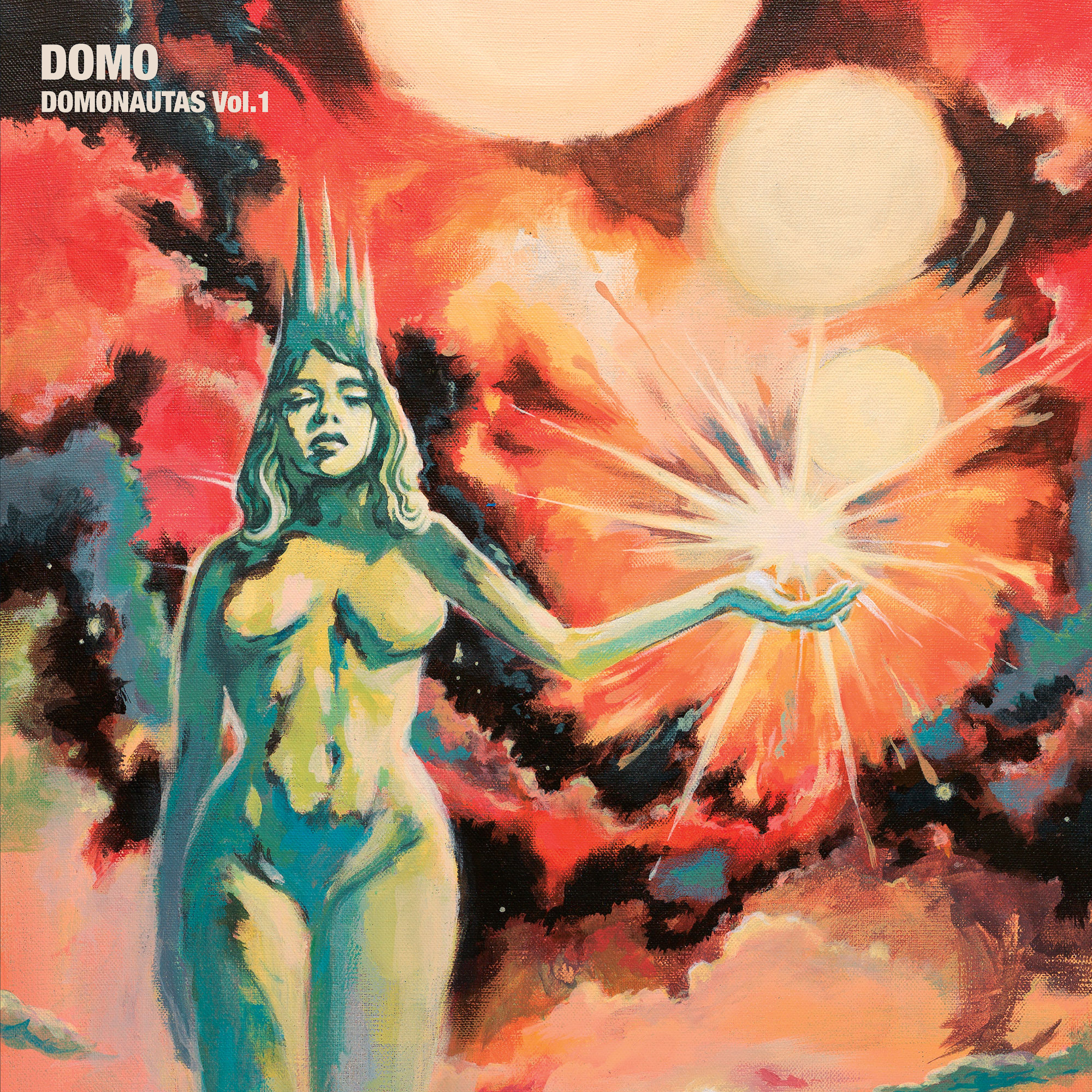 Their largely instrumental style is close

to many modern Krautrock bands,

except for the slight

Bevis Frond or Outskirts Of Infinity.

Domo ( Alicante,Spain)  is formed at the beginning of 2010 in Alicante.

Domo base their foundations in the

psychedelia and experimentation, using as a starting point the classical structures of Heavy, Hard Rock and Prog of the seventies.

After the great success of VOLUME I last year, we continue now with VOLUME II in a very special collectors edition, including an LP-size insert & 2 big poster with the cover-artwork ( by Maarten Donders )  from both releases!!