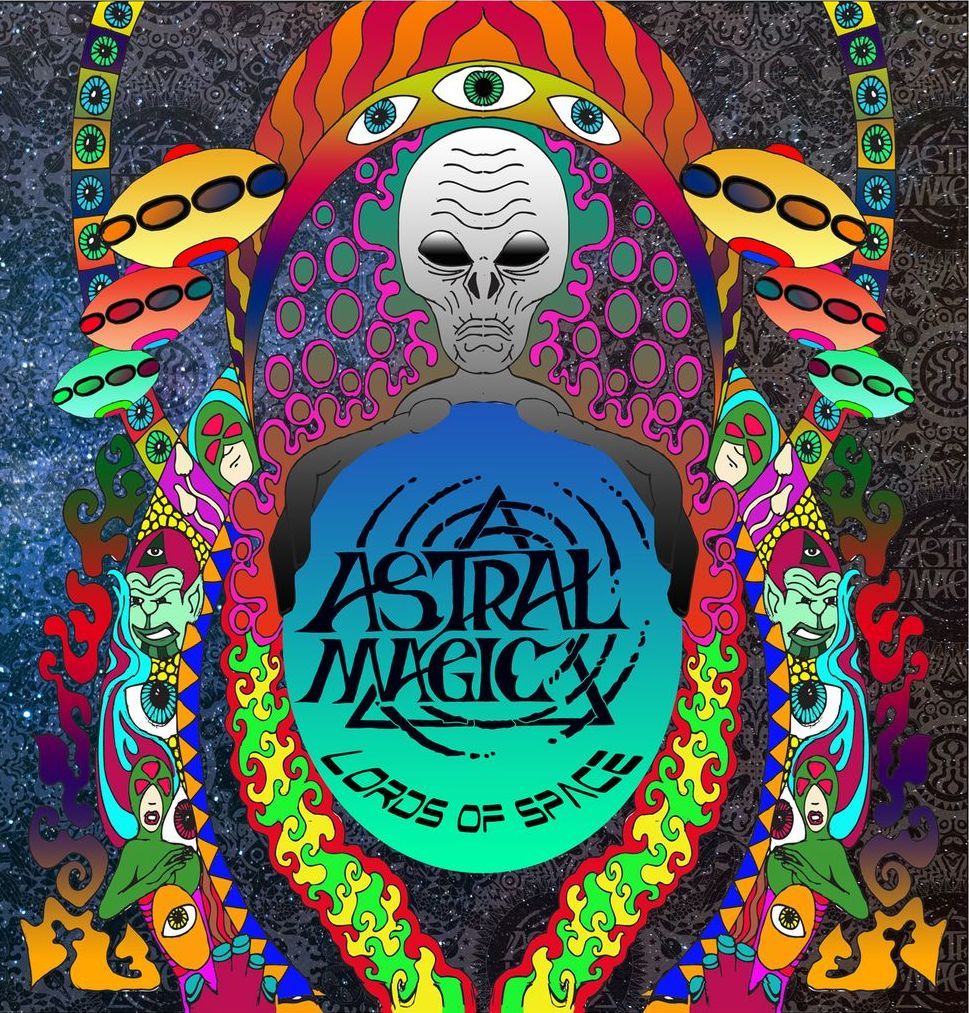 More or less a homage to Hawkwind.

Astral Magic is a new psychedelic music project by Santtu Laakso from Finland. He used to play bass and Moog in space rock band Dark Sun (started in 1991) and is also known as Dj Astro. If you went to Roadburn in between 2007 and 2014 you have probably heard him play some mind-blowing sounds there with the legendary Kozmik Ken (R.I.P.).

Lords of Space is certainly a heavy, psychedelic space rock album following in the footsteps of Visions of Infinity, that was released on LP and CD on Space Rock Productions last year. This time in addition to vocals, bass and plenty of synths Santtu played most of the guitars by himself. Guest guitarists include doom metal legend Kimi Kärki (ex-Revered Bizarre, Lord Vicar, E-musikgruppe Lux Ohr etc.), UK space rocker Vince Cory (ex-Psychedelic Warlords, Sonic Trip Project etc.) and US multi-instrumentalist Jay Tausic (ex-Chrome etc.), who plays drums on all the tracks as well. The CD version also includes the single Child of the Wild / The Undead where the guitars are delivered by Finnish metal/hard rock guitarist Mikael Haavisto (ex-Ranger, Chalise). The album was mastered by Scott “Dr. Space” Heller and the cover art is done by Dale Simpson.

Astral Magic was started in March 2020 to make all kinds of psychedelic, trippy music. As a long-time music collector and writer (Psychotropic Zone, Aural Innovations, Bad Acid, Astral Zone etc.) Santtu has lots of musician friends all over the world and he has invited many of them to take part in the Astral Magic recordings. He has been very productive and around 300 tracks have been created so far.

artwork by DALE SIMPSON ( U K )